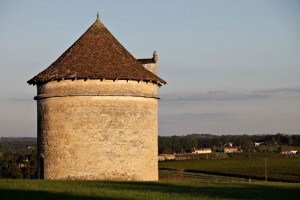 The Puyfromage dovehouse is a local rarity.
Its age and size make it an exceptional edifice.
It contains 1000 spaces called ‘boulins” (compartment able to house pigeons)
The right to possess a dovehouse under the old regime was a seigniorial right akin to a privilege.
The larger the dovehouse, the more important was the seigneur. Each boulin represented a “journal”, the surface area worked by a farm worker per day, being 49 ares (100 sq metres) at Puyfromage. The domaine had, at the time, a total of 490 hectares, 5 times larger than today. 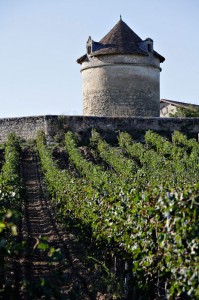 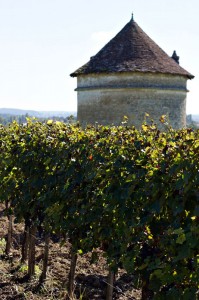 Most probably as a result of the damage caused to the neighbouring crops (a pigeon consumes about 25 kilograms of food per year), Napoléon Bonaparte definitively put an end to the pigeons at Puyfromage. Actually, a document from the departmental archives outlines the following :

“ WE, NAPOLEON, Emperor of the French and king of Italy….prohibits pigeons at PUYFROMAGE. ”. 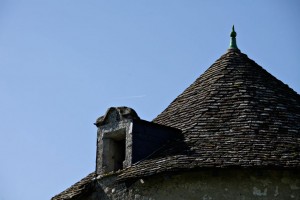 View from the outside
– Originally, the two openings of the roof were closed by wooden shutters that were pierced with different sized holes to let the pigeons come and go. They were moved in line with the seasons to try to regulate the inside temperature. The form of these holes were well planned to prevent access to predators into the dovehouse. Only frightened harrier eagles and owls could enter.

– Approximately one meter below the roof, a circular overhang protects, once again, the pigeons from clever little predators that are climbing experts such as rats, weasels and the like… 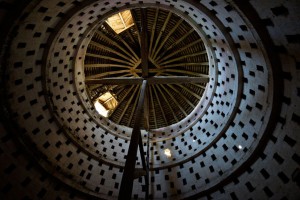 View from the interior
– The roofing structure is made from chestnut, wood that not only preserves well but it is also an excellent repellent for spiders. The central part and the upper gallows are from origin. The turning ladder permitted the cleaning and the removal of the pigeons.
– These 1000 boulins hosted about 4000 pigeons (1 couple and two baby pigeons by boulin).
The meat of the pigeon is much appreciated and the droppings called “columbines” were particularly sought after to use as fertilizer. The latter was preciously kept and so valued that it sometimes was used as a dowry for women to marry (it was worth 25Francs per hectoliter in 1837) !

SUMMARY : A family history | Origin of the name | The castle | The old castle and its keep | The dovehouse